Support 'Hallowed', a short, psychological horror film being made in Croydon

A Croydon creative hopes to get his first self-funded short film into production this year.

Alex Warnham has started a crowdfunder campaign for "Hallowed", a horror story about a troubled Priest who is battling both disease and the past. In a desperate bid to bargain with God, he embarks on a manic journey of retribution.

Alex lives in Purley and went to John Fisher and Coulsdon College. He has invested in the project to the tune of £2,500 from his own pocket.

The fundraiser ends soon and is close to reaching it's goal of £3,000. It's an "all-or-nothing" project and needs just a little extra top up to get it over the line and secure the funding.

Alex hopes to film in Croydon as he wants to keep everything local and keep travel costs down. The film features a church and so he will be looking at a few locations within the borough. He'll also be setting up in a local living room for some interior shots.

"We just can't afford to fund this project ourselves. If you are able to donate anything - even the smallest amount is massively appreciated because every donation really does count." -Alex Warnham

There are great rewards available to those who can donate. Early access to the movie, a hand drawn printed poster, even an on screen Exec Producer credit. Alex hopes to make a behind-the-scenes documentary showing how Hallowed was (hopefully) made. 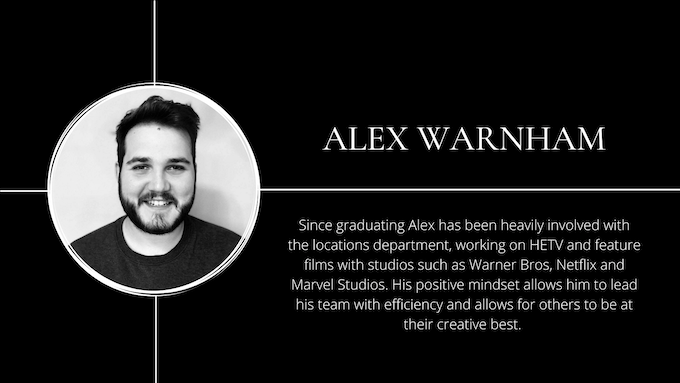 Find out more about the film, meet Alex and the crew and support this exciting local production at https://www.kickstarter.com/projects/hallowed/hallowed.

Business advertising on Now Croydon
Be seen by thousands of people looking for news, jobs, things to do, places to go, volunteering opportunities and more in the Croydon area. Find out more.

Subscribe to our newsletter
Sign up for Because it's the Weekend, our Friday afternoon pick of the upcoming events and activities plus news you may have missed.